I don’t even know why people like basketball. I love it probably more than anybody else, but I don’t understand why I like it. I just do. It is literally just two groups of people bouncing a ball and trying to get it in the other net. Nevertheless, I still love it. If you don’t know what basketball is, (I don’t know which rock you live under, but its time to get out) basketball is a beautiful sport. As I explained earlier, two groups of 5 people each bounce a ball on a 94 by 50 foot court, trying to get a ball in a net.

There are many leagues in basketball, but the most famous one is The NBA (National Basketball Association), which is in the U.S. and Canada. There is only one team from Canada, which is the Toronto Raptors. They are actually my favorite team because, as some of you may know from one of my latest posts, I am from Canada. My favorite top 3 players in the Raptors are 1) Demar Derozan, 2) Kyle Lowry, and 3) Terrence Ross. 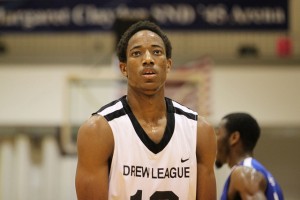 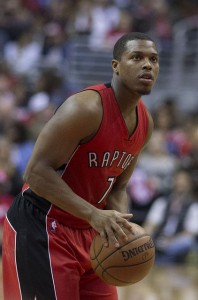 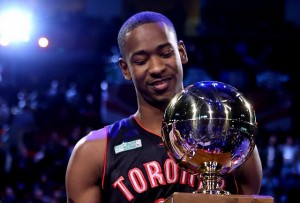 The NBA consists of 30 teams and 2 conferences. The east and the west conferences. The ones with the most points in each conference at the end of the season continue to the playoffs. There are 16 teams in the beginning of the playoffs; 8 from each conference. There are 7 games in one series, and to win the series the team must have won 4 games. Once the 4 games are over, the winning team goes to the next series, against another winning team. This cycle continues until one team wins the finals. Last year, the Cleveland Cavaliers won the playoff Championship. I haven’t gone through everything in detail because of time, so I will leave a couple of links at the end just in case you want to know more about this. Also, who do you think will win the playoff championship this year? Comment your answers.